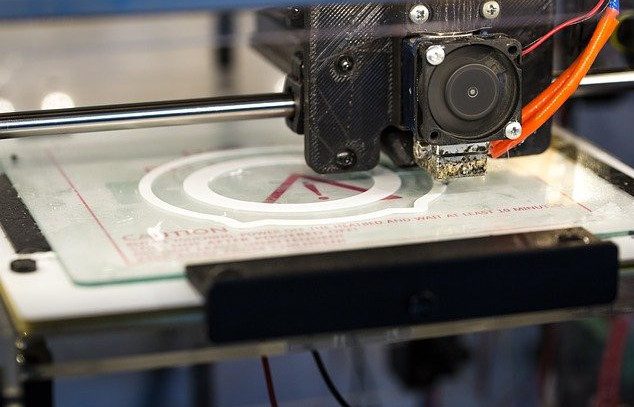 ‘What are 3D printers’? That is the question to which I am hoping to give you an answer today.

The world is moving forward at a rapid pace. In the past decade or so, there have been so many revolutionary changes that the world is barely recognizable from what it used to be back then.

We owe much of it to technological advancements, from the advent of the internet to artificial intelligence and self-driving cars.

One such technology is 3D printing and it has taken the world by storm. In this article, we are going to go over everything that you need to know about 3D printing and the magic that happens when we 3D print an object.

But first, what are 3D printers?

3D printing refers to the process of creating physical objects from three-dimensional digital models by laying down countless successive thin layers of the printing material being used.

This layering brings the CAD representation of this digital object into its physical form layer by layer.

At present, there is a multitude of techniques that are being applied in order to 3D print objects.

However, all of these techniques make the use of two fundamental innovations, the first one being the creation and manipulation of objects in a digital format and the second one is the manufacturing of new objects by continuous addition of material.

That is one of the main reasons why 3D printing is sometimes also referred to as additive manufacturing.

When did humans start to use 3D printing?

The concept of 3D printing was introduced in 1980 when Dr. Kodama from Japan filed a patent application for rapid-prototyping technology using photopolymer.

A few years later in 1984, Charles Hull made another big mark in 3D printing history by inventing stereolithography, the science of creating 3D models using digital data, which can then be changed into tangible objects.

This 3D printer was actually a stereolithographic apparatus (SLA) machine, which was capable of fabricating the most complex of parts using the layer by layer technique and would take only a fraction of the time that it would normally take.

From then onwards, the 3D printing revolution took off and the technology only gets better with time.

There were some problems in the start as the material would warp upon hardening and the machines were prohibitively expensive for most inventors out there, but the technology had an undeniable potential in it.

Fast forward to 1999, scientists at Wake Forest Institute for Regenerative medicine printed the first-ever 3D organ to be implanted in humans.

It was a human bladder made up of synthetic scaffolds and then coated with the human cells from the patients themselves.

In 2005, a project named RepRap was launched in order to open-source 3D printing technology and develop a printer that could build itself or at least a major portion of it.

Only three years later, Darwin, a self-replicating 3D printer was released that was able to do just that. Soon after that, countless other projects were crowdfunded to create a better yet economical 3D printer.

In the present day, you can hardly find an industry where 3D printers have not made their mark.

How does 3D printing work?

In this section, we will go over the technology used in modern-day 3D printers as well as the process that is undertaken in order to 3D print an object.

The first step in 3D printing any object or a part of an object is by making a 3D digital model of the part or of the object.

There is a number of 3D modeling software available on the market that is compatible with 3D printers.

Another option is scanning an object via a 3D scanner, especially if you’re trying to replicate something.

So once the digital image of the object is formed, it is then processed using the help of the same modeling software which divides the digital model into multiple thin layers.

As we discussed earlier, there are a number of techniques utilized by modern-day printers in order to 3D print an object.

The basis for these techniques is usually the material used in order to print the objects. Following are some of the most commonly used printing materials in practice;

The process of 3D printing.

Now that we have gone over the materials that are utilized in 3D printing, it will be easier to understand the actual process of printing.

However, it is important to know that in 3D printing there is no ‘one solution that fits all’. Instead, each printer works differently given the object being printed and the material of application.

In most 3D printers using powdered material such as nylon, plastic, ceramic, or metal, the printer uses a heat or light source in order to sinter, fuse or melt the layer of the powder in the desired pattern.

When working with polymer resin materials, the printer also uses a heat or light source but this time to solidify the resin in ultra-thin layers.

Another slightly different technique involves the jetting of fine droplets as in the case of 2D inkjet printing. These processes are repeated over and over until the part or the object is completely printed.

Why are we using 3D printers?

In this section, we are going to discuss the why of it all? Why did 3D printing experience such a boom and become so increasingly popular in a matter of years as compared to many other technologies that were launched during a similar period?

I think the number one reason behind that is the versatility of the technology.

While the other technologies focus on one particular aspect of life and making it better, 3D printing does it all.

3D printing finds its applications in almost every industry out there from healthcare to architecture, design, and manufacturing.

Let us take a look at some of the most common applications of 3D printing;

The same part using the forging process would take a lot more time and resources, but using 3D printing, it could be done in a matter of a few hours.

Have a look at the next video about 3D printing miniatures, mostly applied in the board-game world.

I hope that I could explain to you some more about 3D printing.

In the meantime, I have written 2 more blog posts on miniature 3D printing here and here, and I made some reviews about suitable 3D printers to make miniatures and dollhouses.

Do you have any questions about this article, then please leave a comment below or join my Facebook group.

I wish you happy 3Dprinting/crafting!

21 thoughts on “What Are 3D Printers – A Beginner’s Guide”