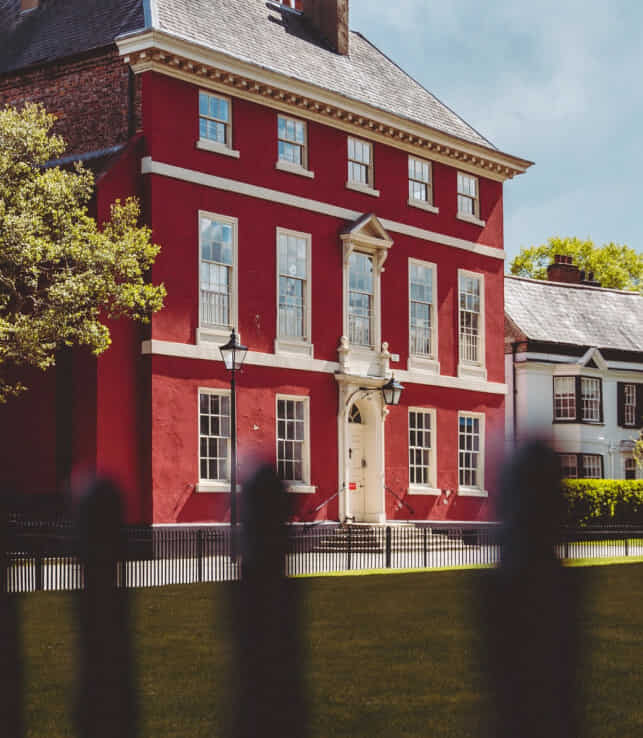 In previous blog posts, I have written about the Victorian style, the Tudor style, and Dutch cabinet dollhouses. Today, however, I will be taking you to the world of Georgian-style homes and very popular dollhouses and show you a few artists that make them.

What Is The Georgian Era?

Let me start by saying that the Georgian style has nothing to do with the architecture of the country Georgia. I must admit that was confusing for me at first as well 😉

Neither is there any connection between this style and Gregorian music, I got those mixed up as well, silly me!

If my research and information are correct (please tell me if I’m wrong!), the order of things regarding (English and historic) dollhouse styles goes as follows:

Of course, there are other country’s making dollhouses in time as well, but I will dive into those in another blog post.

Also, there are several other dollhouse designs that still are common, including Colonial, Federal, Greek revival, Gothic revival, saltbox, cape code, etc, but that would make it a bit too confusing, for now.

The Georgian architecture itself was a building style common in the United Kingdom between 1720 and 1840 and it also had an influence on the architectural style in the British colonies. Especially in the United States as we know it.

I just love this video where the architect explains the architecture behind a classic Georgian home in Greenwich. Can you even imagine living in it?

The name of the style is derived by the British rulers: King George I through King George IV and it followed the English Baroque style.

King George IV is best known today for his extravagant lifestyle during the time when he was the Prince of Wales, Prince Regent, and King. In 1797 his weight was around 111 kilograms and he had a very bad relationship with his father, George III.

He wasn’t very fond of his second wife Caroline van Brunswick either, as he even forbade her to attend his coronation.

But that is just some history that you are probably not interested in regarding this article, so let’s move on to some more specifics regarding the architecture.

What Are Georgian-Style Homes And Dollhouses?

Originally, Georgian architecture was related to the Rococo that was custom in Europe. Neoclassical elements only became dominant around 1765.

A Georgian-style house can be made from (uniformly-cut) bricks or wood. It was important to strive for symmetry and to choose the right proportions, with the front door in the center of the house.

Ornaments would remain on the more restrained, classical side and sometimes even totally absent on the exterior. It was only later on that more classical dormers, dentils, fanlights, and columns were added.

But do expect etched cornerstones, known as “quoins” in Georgian properties. They have a typical elegant facade and a large number of rooms to furnish.  Expect large rooms and very grand features.

To determine the height of a window in relation to its width or the shape of a room, simple mathematical ratios were used.

Red, ocher, and white were the most commonly used colors in Georgian architecture.

The Georgian architecture became widely used in the British colonies, mostly in North America, where it got mixed with Neopalladianism. And the result of those two became the Federal style. ( hmm, should I write a different blog post about that last style? To be considered..)

Have a look as wel at this video where an architect explains in more detail the composition of a Georgian home.

– The floors of Georgian homes were usually just bare boards and they were covered with rugs from the Orient. More high-class houses, of course, would have marble or a pale-colored stone.

– Walls would be paneled up to the dado rail and painted or wallpapered above that. Some very popular designs for wallpaper were trefoils and far eastern prints. Towards the end of the Georgian era, bold geometric patterns, such as stripes and squares, were more fashionable.

– To cover furniture, cotton was used. The sofa’s, armchairs, curtains, etc had to have the same matching pieces of fabric. A characteristic seen in many Georgian designs is a shield-shaped chair back.

– All furniture was pretty delicate. Georgian pieces of furniture were mostly made of Oak and Mahogany.

I think that you all have heard about Hepplewhite and Chippendale, as they were the most known designers.

-The grander the Georgian house, the more impressive the fireplaces were. It was a matter of showing someone’s wealth, so the more carved surrounds with swags and shells, the more status the inhabitants had.

The fireplace was usually surrounded by picture frames, to really emphasize the fact that it was the centre of a room.

– Chandeliers from wealthy families were made from glass and wood, metal, together with brass and silver. The more ‘common’ people had light fittings that were often pewter or tin.

For some more detailed information and a tour of a beautiful Georgian home, have a look at this video on Youtube:

Miniature Artists Working In The Georgian Style And Historic Dollhouses

This is what you are here for I think, to see examples of mini Georgian style homes and interiors I think, right? Well, let’s go then 😉 :

Tim Hartnall and his wife Angela have been building 1/12th scale Georgian Dolls Houses since 2008.

The houses are made from birch plywood, 1/12th scale, fully decorated, and of course handmade. So this also means, as you can see on their website, that they are: ‘ready to move in’, Architecturally consistent, unique, look like a real house, and built to last!

Unfortunately, they are now retired and not taking orders at the moment :-(. Plus, their Youtube video seems to be removed.

I noticed this artist’s work on my Facebook group when he placed a picture of his Georgian-style mini interior that he has been working on.

Mr. Simon Williams is the creator of commissioned bespoke miniature buildings on a scale of 1:12 and he has built room boxes and dollhouses for over 20 years.

He is specialized in the Georgian style but has also built several French and Victorian houses and shops.

The structure of the houses is all designed and built by himself, based on historical references, mixed with the ideas of his clients, and he works closely with the best miniature artists.

Kevin Mulvany and Susan Rogers are professional miniaturists, for over 30 years, who make dollhouses as well as interiors on a scale of 1:12.

As art historians, they try to ensure that their work is historically correct, but they also add their personal artistic statement by making the interiors look like someone has just left the room..

They have been fulfilling commissions to re-create some of the most beautiful private homes around North America and Europe but also crafted tons of replicas of famous buildings, like:

So, you might have noticed in the gallery that there are also Georgian-style dollhouses present, which is exactly what we are looking for in this blog post!

Have a look at this Youtube video, where Susan gives you a little tour of one of their Georgian houses:

Iris March builds and decorates dollhouses on a scale of 1:12 from scratch but also hacks miniature kits, together with her husband and sister, so as a family unit. As Virginia is her sisters’ favorite place, most of the houses are located in Virginia.

Their journey started in 2012 when they made the ‘Original Rowbottom Manse‘, have a look here for pictures and some explanation.

Sunnybrook Farm, however, gave them the confidence to build Georgian-style homes from scratch, as you can see in the video below, where you can take a tour of the house.

I’m not sure if they still make dollhouses or not, as the date of their blog posts stopped back in May 2016, sadly 🙁

Sorry, I couldn’t find any more professional artists that construct Georgian dollhouses, but I wanted to also show you this gorgeous miniature kit though. The shop that sells these is called ‘Tollbooth miniatures LTD’ and is present on Facebook.

The video below shows you a tour of the finished kit, it took the people making it two years of their time.

The Preston Manor dolls house and Basement kit is crafted precisely from good quality MDF and is shipped flat packed and un-decorated. It includes a detailed manual with instructions to build it. Doesn’t this look gorgeous?

Well, I did find another fantastic crafter of a Georgian dollhouse, which is mentioned in the Daily Mail.

Especially because this gentleman has been working 26 years on it, that is 1/3th of his life!

The Georgian manor dollhouse is 6ft, 2inc wide, and 3ft, 6inch tall and has 2 bedrooms, 2 bathrooms, a kitchen, a sitting room, a dining room, and a hallway, all decorated and filled with furniture.

Everything is his own design and about 90% of the house is handmade and on a scale of 1:12.

For more pictures, click on the news article here.

To conclude, I would really advise you to take a look at this large Georgian dollhouse from this funny video made by ‘British Paté’ in 2014. Mrs. Sarita Clayton-Mitchell owns this fantastic house. Enjoy! 🙂 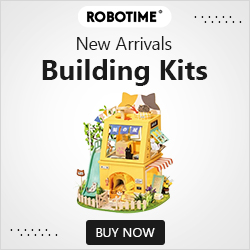