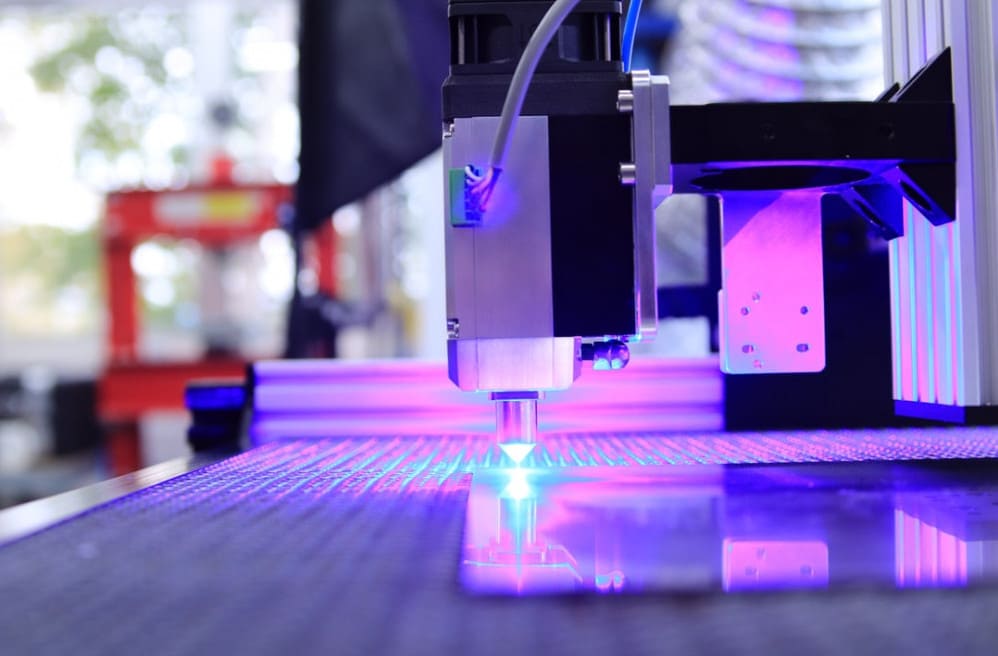 What is laser cutting? This is one of the many questions that will be answered in this blog. I seek to give you a detailed answer to each of the following questions.

Strap in it is going to be an enjoyable and very educative tutorial!

What is laser cutting?

Many definitions have been developed, but what stands out about all of them is that they all revolve around how this technology works.

Laser cutting is defined to be a technology that uses a beam of light referred to as a Laser to produce very fine cuts via vaporization of material that the laser is focused on.

Its initial applications were seen in the industrial field, but recent advances in technology have seen it get used in hospitals, architectural tasks, small enterprises, and schools.

It simply works by focusing a very strong beam of light using optics and a “Computer Numerical Control (CNC)” module on the material requiring cut.

Sometimes a motion control module is incorporated to make the cutting of pattern-like and complicated cuts on a given material possible.

The material that is lasered either melts away, vaporizes or gets blown by the use of a stream of pressurized air (Oberg Industries, n.d.). The above methods leave a fine cut noticeable by its high-quality edges (Thomas, 2012).

How is a laser produced?

The lasing material can be a solid, gas, semiconductor, or even a liquid that disperses light in all directions. The lasing material is stimulated at increasing levels until the produced light gains sufficient energy to bounce of the enclosure compartment as a ray of monochromatic light.

Inside the enclosure compartment, there is a partial mirror that serves the purpose of bouncing the light coming from the lasing material. The escaping ray of light is directed to the material requiring cutting via fiber optic or even special mirrors.

Have a look at the video of this guy, explaining how his laser cutting machine can cut a lot of things (and he claims he can gain lots of money with it)!

Several types of lasers exist, but the three most common ones are; CO2, Neodymium (ND), and Neodymium Yttrium-Aluminum-Garnet (Nd: YAG) lasers.

All of the listed lasers are identical, only that they are all tailored for different uses and use on different materials.

Other than the discussed lasers, other lasers are emerging as little tweaks of the discussed three types of lasers. They include; Fiber Lasers and Laser microjets.

How does Laser Cutting work?

A small summary of how the listed methods are used:

This method usually involves focusing the laser beam onto a surface to form keyholes due to heat.

Keyholes usually form whenever the surface temperature of the spot is focused on reaches the flashpoint temperature. Further heating increases absorptivity of the material within and inside the keyhole resulting in sudden deepening of the keyhole.

The surface material boils as its vapor wears away the molten walls resulting in the enlargement of the keyhole. This method is often used to cut through materials that don’t support melting.

They include wood, thickened hard paper, and thermoset plastics.

It’s an energy-conservative laser cutting method that follows the processes making up its name.

It involves heating through the material that needs cutting until the temperatures reach the melting point, then a jet of gas with extreme pressure is blown inside the kerf carrying away any molten cut Debry.

The method is considered conservative since it saves on energy by resolving to blow the cut molten Debry out rather than vaporizing it. The method is suitable for cutting metallic surfaces.

The more brittle material is, the more it is usually susceptible to thermal-induced fractures.

Thermal stress cracking builds upon this feature, making it efficient for brittle materials. The method involves focusing a beam of light onto a surface resulting in localized heating. This localized change in temperature results in an expansion that causes uniform cracking.

The cracking is dependent on the laser and is usually measured in speed SI unit m/s. This method is very efficient when used to cut through glass and lightweight ceramic.

Also referred to as Flame Cutting, the method cuts through a material by igniting a jet of flammable gas using a laser beam. The heat melts away the material requiring the cut and produces kerfs greater or equal to a millimeter.

It is the most recommended method for cutting extremely thick carbon steel as it uses relatively low amounts of power. It supports a variety of gases, but industrial pressurized oxygen is mostly used.

Finally, have a look at this next Youtube video, where the basics of lasercutting are explained more in detail.

What are the main uses of laser cutting machinery?

Laser cutters have seen a proliferated use in the industrial manufacturing world. This section will discuss how it has been used in these different areas.

Is it a costly technology to purchase and use?

The cost of laser-cutting machinery varies greatly. It depends on the range of materials it can cut, its speed, accuracy needed, and other factors. The cost ranges between $200 – $10000 or more.

However, it would be sensible enough to purchase a high-end laser cutting machine when you have a lot of work available as this justifies the high cost.

Why Am I Talking About This On My Blog?

On my end, laser cutting has been terrific to make the base of my fairy houses.

The first fairy house that I made from plastic for my fairy garden stood no chance compared to the ones made from the laser-cut fairy kits.

It stood out in terms of appearance, ability to produce tiny elements, and especially: they are cut in such a way that all the parts just ‘click’ together, without having to use a lot of glue!

I also wanted to talk about laser cutting, because you might wonder why these miniature kits seem to cost a lot of money? Like the one in the picture below from this Etsy seller for example?

I was wondering the same when I assembled my fairy house kits: they are pretty, but why so much money for seemingly few materials?

Well, I looked it up and I can tell you:

So then I was like: “Ok, now I understand“! And I just wanted to mention that 🙂

And last, but not least: of course, there are tons and tons of laser-cut miniatures out there, and I will review shops that sell them in the near future.

Using laser cutting machinery is getting more and more popular in the dollhouse and miniature world (and I sometimes review stores that make them), as is 3D printing.

I have written 3 blog posts on 3D printing, but rest assured, I have just written this one on laser cutting 😉 (unless you want me to write more about this, doesn’t it get boring?)

If you enjoyed this blog post or have any more questions on the topic, please leave a message below or join me on my social media or Facebook group.

8 thoughts on “Laser Cutting Machinery – What Is It And What To Use It For?”