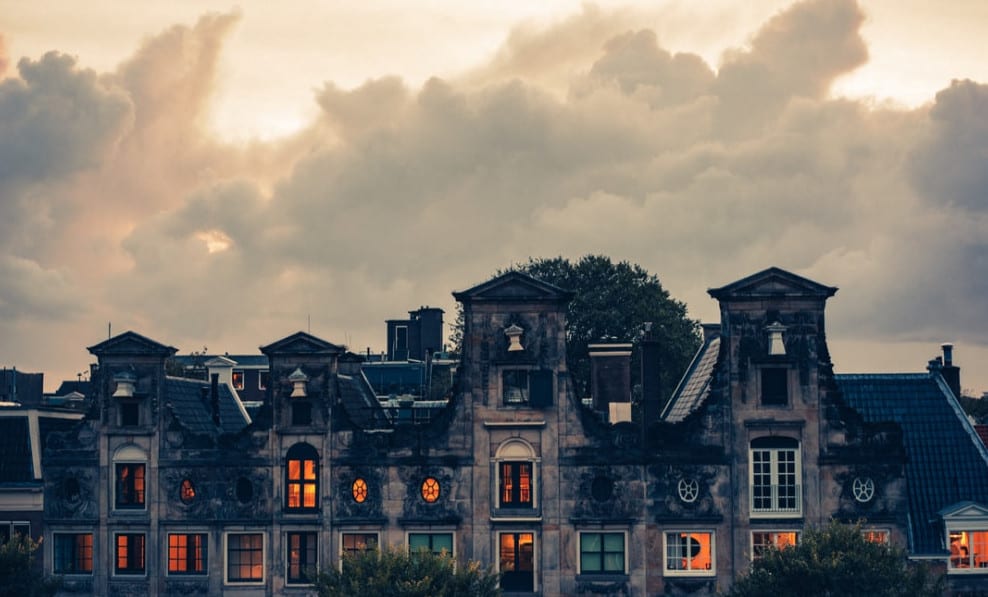 Let’s try to explain why I think that way in my next article, but first:

What is Halloween/ a little bit of history?

( You might want to skip this part if you are not interested in history;-)  I am interested a lot though, I love to visit museums about history. The reason why I have a ‘table of content’ on my site, is that you can ‘skip’ straight to the next part! )

Halloween is a holiday that starts on October the 31st. Traditionally, Halloween is mainly celebrated in Ireland, the United Kingdom, the United States, and Canada. In the meantime, it has also gained popularity in other parts of the world, especially in Europe, Latin America, Australia, and East Asia.

The name “Halloween” was originally called ‘Hallow-e’ en’, or ‘All Hallows Eve’, the night before All Saints’ Day, the first of November. All the crops were harvested, the seeds for the following year was ready and thus there was some time for a day off.

On the island of Great Britain, Halloween was mainly celebrated by the Celts. They believed that one day the spirits of all the dead would return to try to take possession of a living body for the coming year. Those spirits were attracted by food that was placed outside the doors. To ward off the evil spirits, the Celts wore masks.

When the Romans invaded Britain, they mixed the Celtic tradition with their own, which of course involved the celebration of the harvest at the end of October and also the honoring of the dead.

In the 9th century, European Christians crossed the sea and mingled with the Halloween celebration. On ‘All Souls’- Day (November the second), ragged Christians went around the villages begging for ‘soul cake’ (bread with currants).

For each piece of bread, they promised to say a prayer for the dead relatives of the donator, thus hastening his release from the purgatory and hasting his way to heaven. The trick-or-treat custom may have originated there.

Halloween in the United States.

Halloween in the United States, was especially popular in the second half of the 19th century when large groups of Irish and Scottish immigrants entered the country. In the US, the famous jack-o’-lantern, a hollowed-out pumpkin that resembles a face, surfaced during those times. Worldwide this has become the most famous symbol of Halloween.

In the 20th century, Halloween in the US was primarily a children’s celebration. In the evening the kids go from door to door, dressed up, and ask for a treat (trick or treat). They intend to scare the person who opens the door.

The resident often has candy at home, and then the children can choose which ones they want. The houses that participate are recognizable by visible Halloween decorations. From the 1980s it became more and more a celebration for adults as well. Dressing up and the horror themes became more and more important.

In lots of European countries like mine (Belgium), the Netherlands, etc, Halloween is being criticized (like Valentine’s day), because it is too commercial and it would encourage consumers to ‘have more fun’ in the slow times between summer holidays and ‘Sinterklaas’ and Christmas. (Europe doesn’t have ‘Thanksgiving’ either.

Honestly, I partly agree with that, it is just that Halloween is such a fantastic theme for crafters and miniaturists! To be frank, there’s so much more to be creative about than Christmas, sorry!

Then, of course, there are all kinds of churches and organizations criticizing Halloween, because they claim it has a ‘pagan’ character. And they say that summoning spirits is not allowed in the Holy Bible.

For lots of European people this day just actually means that we remember the deceased and we visit their graves.

Why do I just looooove Halloween miniatures? Well, there are so many topics that you can cover on Halloween. Just a small list that I can think about is :

– witches (and their outfits)

– sorcerers (and their outfits)

and so much more

Let’s take a look at some wonderful Halloween miniaturists on YouTube:

Have a look at her haunted dollhouse! She collects, makes, and alters miniatures.

2. A DIY channel with Maria.

Now here is something really special!

Have a look at the video, because she made this haunted house using trash, hot glue, and paint! ( have a look at my post about making miniatures from trash as well).

3. California favorites for you.

Another lovely spooky miniature dollhouse. I do not know who she is and if she made all herself or is even a professional miniaturist, but all I know that this looks fantastic for Halloween!

She kinds of talks pretty fast and very ‘chatty’, but in this (long) video you can see how she makes a miniature spooky fireplace. It’s a pretty result, she sells them on eBay.

We can’t miss out on making pumpkins, now can we? 😉 (plus other holiday-themed items, like candles, a ghost, and an ouija board). Quick and easy!

And last for today but surely not the least is this miniature cauldron and potion ingredients. Now tell me, what’s not to like about this one?

Do you have any questions about this topic or would you like me to cover another topic for you? Then please let me know in the comments below! Or you can now join me on my newest Facebook group.

4 thoughts on “It Is A Wonderful Season For Halloween Miniatures ! – Some Insights”